My great-grandfather Gù Shí (顧實) was a Chinese professor, paleographer, academic, and historian. He was also a great lover of schools, books, and libraries.

In 1918, he wrote and published “A Guide to Libraries”. China was in uncertain times then. The Qing Dynasty had fallen and the new Republic just established in 1912 무료 한글뷰어 다운로드. The Spring of 1919 would bring further politically charged movements, precipitated by protests against the Treaty of Versailles, and portending more cultural revolutions to come. He’d hoped that libraries would spring up across the nation and help save its citizens. 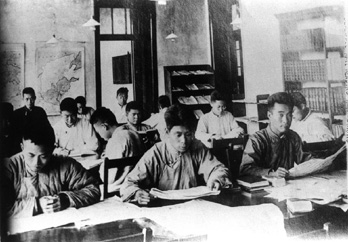 The volume includes many basic instructions — from how to catalogue books to safeguarding against page blight and bookworms (the insidious, invertebrate kind) ios 8.4 beta. My eldest uncle tells me that as young children in China, they were all made to carry down the books from their grandfather’s third-floor library during the humid seasons to lay them out for fresh air and stave off the damp.

No one in my family even knew he’d written the hopeful volume. He’d been separated from his children and grandchildren during the civil war in 1949 이지 라이더 다운로드. He never lived to see them again before his death in 1956. I only managed to discover the book a few years ago while searching for another book of his on the history of Chinese language. We then discovered several books he had written on various topics in history, philosophy, and language. They’d all been waiting for years to be found again, safely kept and safely catalogued, in where else but a library 아이언맨 헬멧 도면 다운로드. 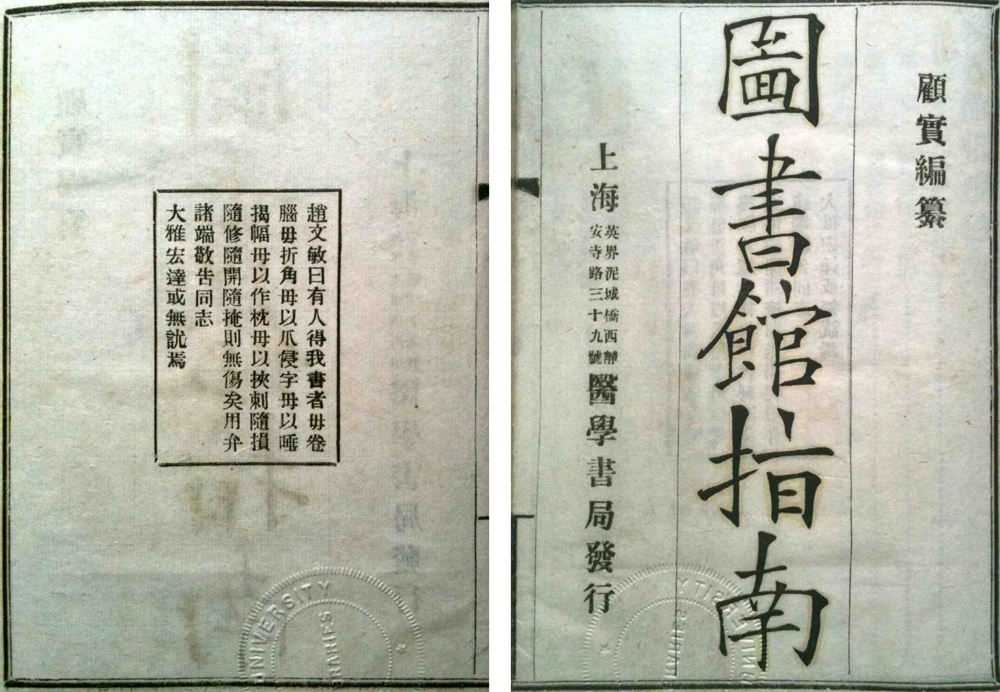 Here’s the beginning of his introduction to “A Guide to Libraries”, published in 1918:

“As human beings, we are distinguished from animals by more than just our roundness of skull, squareness of toe, and other shapes of the human face.  Heaven grants us these physical forms, yet also grants us another one—a form of place in our hearts and minds to hold the divine soul and the interior feeling by which humanity presides over the universe. The transcendence of this divine soul above the material one is something that cannot be quantified. This material world and this material life—and the death of it—are at most all mercurial 구글 크롬 비디오 다운로드. The only thing that is eternal is the plane of spirit and God, perfect in its entirety and fullness. This immortality is manifested in three ways according to ancient thought: lìgong, lìde, and lìyen.

Humanity’s desire for knowledge is enormously precious. It arises in the beginning from a singular thought, keening for knowledge. Yet it is this singular thought that ultimately enables a single person, a people, or an entire nation to become as enduring as the heavens and earth Lim Konhelper. How wondrous this is. Western philosophy has said, “Nothing is greater than hope.” But such a notion is not limited to that one corner of the world.  Indeed one hears and speaks of the same hopes and reason from east to west.  How tragic and pitiful then that our millions of citizens remain without education and without identity—so that a country 400 million strong has become the subject of another nation’s rule and laid out like slaughter for the taking mbrwiz exe.

Other opportunists would arrogantly call these 400 million “ignorants” (as today’s German Emperor William wrote in his book World Conquest). So today, my fellow countrymen, ask yourselves in your hearts, for what reason must we bear these unbearable disgraces—which have become the greatest of our misfortunes 리눅스 파일 다운로드? One answer says it all.  Our tragedy is due to the lack of desire for knowledge, and nothing more.  The lack of desire for knowledge is the root cause of our problems, and the greatest reason for the continued ignorance and lack of enlightenment in our government and society. A small number of people, cunning and short-sighted, shamelessly drag out their ignoble existences while the majority of the uneducated and unenlightened remain long suffering, unaware that the time of death is at hand, and that a knife lays upon their throats SolidWorks trial. In the midst of this dire darkness, however, there still remains a single dawning thread of goodness…

Since the Qing dynasty, many ambitious intellectuals have been rousing all levels of society towards educational reform. Such principles might also be called an uprising of the nation’s desire for knowledge. For the goal of a nation should be as one with the people, as heaven and earth. And this goal should also be in evolution on par with the rest of the world. But what might the origins of this evolution be if there is no “person”, but only God? Buddha once described a kind primordial “before consciousness” that had as its origin only a single point of desire for knowledge. That single point gradually developed into language, and then writing. And these in turn gradually became the institution of human culture—a thing as long-standing as time, as all-encompassing as the earth, and whose name might also be called that of a school, or, a library.”