“The Stone” (or No One Disaster is Total)

Commissioned by the Royal Court for “Hidden” – six new short plays with British East Asian experiences at the centre of their stories. Hidden was performed live for lunchtime readings on 19 -20 June 2016 in the Jerwood Theatre Upstairs. 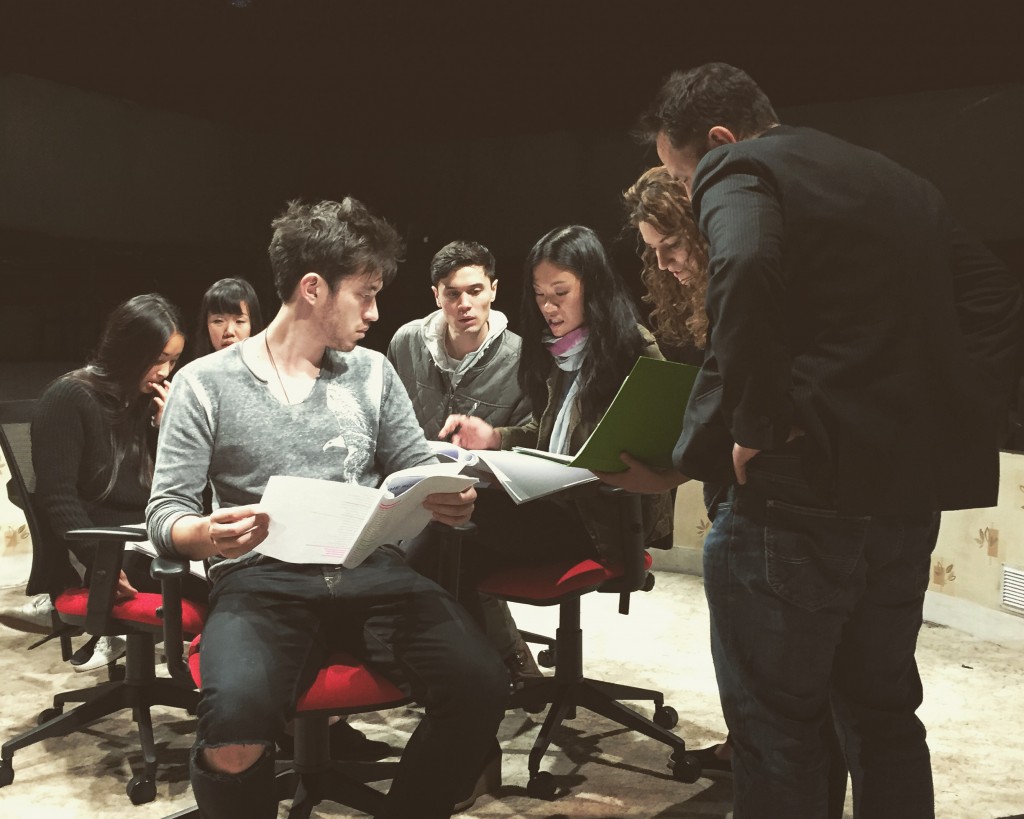 *We were deeply saddened to hear of the sudden loss of Junix Inocian who was due to begin rehearsals for Hidden with us. Our profound thoughts and sympathy remain with his family and loved ones. We requested that the performances of Hidden be dedicated to his memory.

The six plays include (all performed on both dates) ;

Restrain your grief and adapt to the mishap by Lucy Chau Lai-Tuen
A short play about cultural discord and cruel timing destroying the dream of a better life.

Breathe by Vivienne Franzmann
A short play about the unseen.

Being Suzy Wong by Kathryn Golding
A short play about finding your tribe.

The Stone (or No One Disaster is Total) by Amber Hsu
A short play featuring: Death! Tragedy! And a story untold.

Mulan by Chris Thompson
A short play about taking what’s not yours and fucking with it.

(Hidden) In The Screen by Daniel York Loh
A short play about heroes, history, and exotified flesh on the stage and the screen.

Lucy Chau Lai-Tuen was born in Hong Kong and brought up in the UK by adoptive parents. She trained as an actress at Rose Bruford and has worked exensively in theatre and film since 1986.

Vivienne Franzmann’s credits for the Royal Court include Pests and The Witness. Her other theatre credits include Mogadishu (Royal Exchange Manchester / Lyric). Vivienne is winner of the Bruntwood Playwriting Award (for Mogadishu) and was awarded the George Devine Award for Most Promising Playwright as well as winner of the Pearson Playwrights’ Bursary (for The Witness).

Kathryn Golding is a graduate of the Royal Court’s Unheard Voices Programme and is currently working on projects for both stage and television. This is her first stage reading.

Amber Hsu’s credits for the Royal Court include, Loop 36 :: Prime 151 an Audio Short Play commissioned for Lost in Theatre (Open Court Festival). Her other theatre includes If These Walls(Islington Community Theatre) and The Shadow (The Orange Tree). Her film credits include Next Time. Amber is a graduate of the Royal Court’s Unheard Voices Programme.

Chris Thompson’s credits for the Royal Court include Burn (Live Lunch). Other theatre includesAlbion (Bush Theatre), Carthage and A Film About Someone You Love (Finborough Theatre). Chris was awarded the C4 playwrights award (formally the Pearson playwriting award) for Carthage and the Simon Gray Award 2014 for Albion. He was a finalist in the 2015 OFFIE awards for Most Promising New Playwright and Best New Play (Carthage). He has recently completed an attachment at the National Theatre Studio and is currently under commission with the Royal Court.

Lucy Morrison is Associate Director at the Royal Court where her credits include Who Cares, Product (also at Traverse and European tour) and Pests. Pests was a Royal Court co-production with Clean Break for whom Lucy has worked as Head of Artistic Programming and directed Billy the Girl (Soho Theatre), Little on the Inside (Almeida Festival and Latitude), it felt empty when the heart went at first but it is alright now (Arcola Theatre) and This Wide Night (Soho Theatre). Morrison also originated and commissioned the Charged and Re-Charged seasons at Soho Theatre in which she directed Fatal Light and Doris Day.